Continuous condition monitoring pays off at a large power utility

They had experienced significant equipment failures that occurred between their scheduled quarterly walkaround condition monitoring routes.

Within a few days, the reliability engineers started to see the Asset Health score deteriorate and overall vibration increasing on the Boiler Feed Pump Motor.

Other bearings showed a rapid rise on startup, then a gradual increase up to normal operating temperature. Manual vibration data collection during a pump start confirmed that there was impacting in the motor during the start in the axial direction, and it was noted that the outboard bearing sight glass indicator was fouled and the oil level could not be confirmed.

A recommendation was made to Operations to leave this pump running and cycle a redundant pump to minimize starts on the motor. The monitoring frequency was modified to once per hour to ensure that any changes in vibration would be detected. Oil analysis confirmed the defect, showing an increase in tin and copper as well as particle counts.

The unit entered a planned Maintenance Outage and it was discovered that the shaft journal shoulder was rubbing the outboard bearing face. When the coupling spacer was removed, they found that the pump side coupling hub had moved on the shaft, which had caused damage to the bearing face. The clearance between the hub and shaft was much higher than ideal, and a work order was written to replace the hub at the next opportunity. Post-repair check showed a normal bearing temperature rise at startup, without impacting evident in the vibration signature. 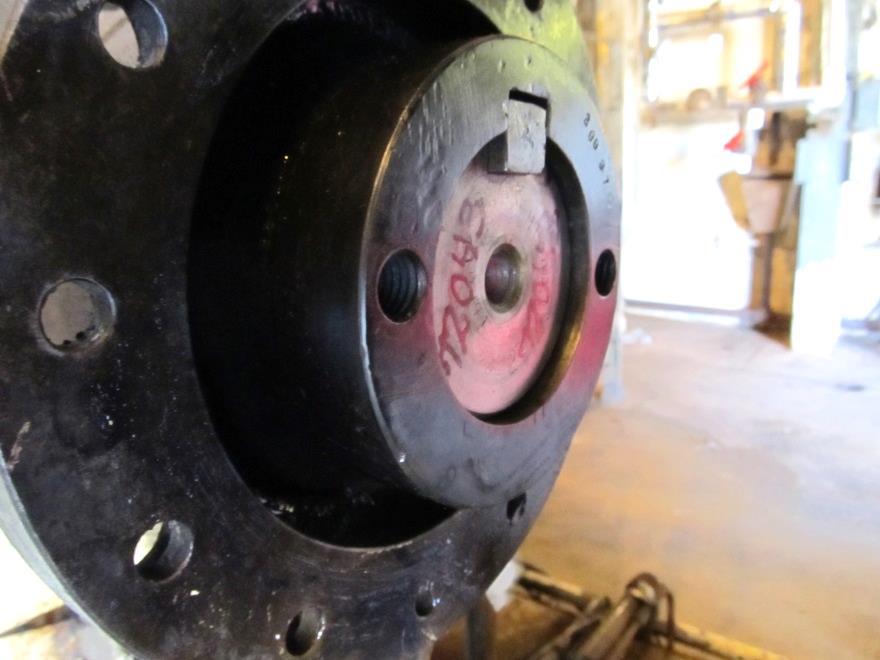 In this case, the motor would have failed before condition monitoring data was collected again, and the Motes were able to prevent unplanned downtime and provide peace of mind, knowing that they would detect earliest changes by monitoring every hour. The combination of the Asset Health score with the detailed vibration analysis capabilities showed a quick Return on Investment from implementing wireless Predictive Maintenance for this customer.